Nicola Yoon, author of Everything, Everything, and The Sun Is Also A Star, which are both featured on the New York bestsellers, visited Garinger High School on October 6, 2017.  There she promoted her books and talked about her life as a writer and also answered questions from students. Many students came to the library to see Yoon and many were inspired by her life as a writer.

When she was done speaking and answering questions from students, one of Yoon’s biggest fans, Lizbeth Martinez,  gave her a bouquet of flowers as a thank you for coming to Garinger. After that, she took pictures with students and wrote autographs for them.

Yoon is a Jamaican immigrant who came to the continental U.S. when she was 11 years old. Growing up, Yoon was inspired by her father, who was also a writer. She has a husband and a five-year-old daughter, who she also was inspired by. During her years at college, Yoon took a creative writing class that influenced her decision to pursue her career in writing. However, she didn’t immediately pursue a career in writing because she didn’t think one could make a living out of it.

Her visitation to Garinger was an opportunity for students to learn more about writing. Hopefully, she comes again, and if she does she will be welcomed by many.

Mayor’s Youth Employment Program (MYEP) is a great program for juniors and seniors to look into. MYEP helps students in the 11th and 12th grade get paid summer jobs in whatever career they might be into.

In order to get into this program, there are requirements. Requirements include:

If you’re interested and want additional details, you can find Mrs. Bell in the cafeteria to sign up for a pass to attend the Informational Seminar on October 19th, 2017 at the Media Center from 1:30PM-2:15PM.

Have additional questions? You can go to the link attached to learn more about the Mayor’s Youth Employment Program (http://charlottenc.gov/mayor/youth/myep/pages/about.aspx) or contact Mrs. Bell for more career opportunities. (http://garingercareers.weebly.com/)

this week students and teachers are dressing up more than ever take a look at grandparents day and opposite day! 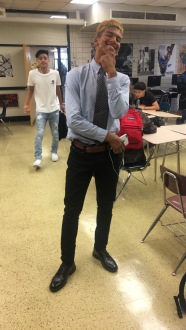 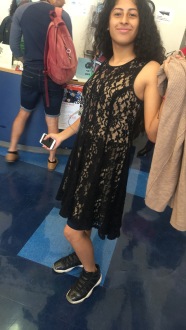 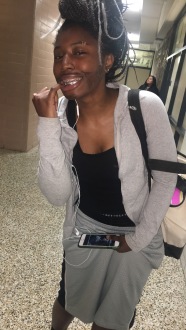 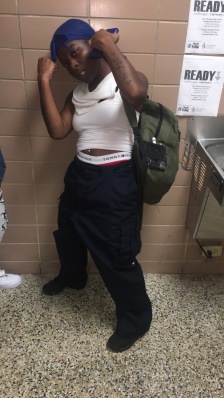 Dr truesdale and a close friend 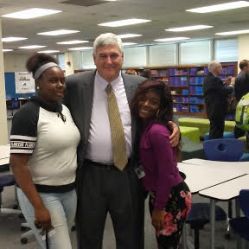 Ms.perry of garinger high “im glad to be helping students in need .” 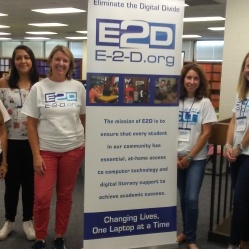 Garinger students Destiny Cager,Makiya Love, and Ariana Carrothers from Ms.Lemere’s   Journalism class were assigned to interview and takes pictures of the people at the Sprint 1 Million Project to post on our news website . Ms.Lemere , the Journalism teacher  asks her 3 students ,to go down into the library to take some nice photos of the whole program so it could be a nice look for The Rambler website.students gathered the information and had very interesting and  inspirational conversations with the staff of garinger and also founders of sprint 1 million along with the founder of E2D itself .The first person who the students interviewed was Dr Truesdale , who wrote the grant to sprint 1 million . She let us know that there were 20,000 WiFi hotpots and  300 were for garinger , she wrote the grant because she wants students without technology at home to have an equal opportunity as other students do with availability to technology . Next the students went over to ask the E2D members to understand what E2D was all about ,They were lucky to get a lot of information . E2D   stands for Eliminate the digital divide . what the do is they get old used people that may have threw them away  referbrish their old computers from scratch and give it to students who need them.  Next up was Dr K. Gwaltney who help the whole event happened she was so happy that this event was able to take place ” I’m glad because students get to have a chance to succeed .I’m grateful for google classroom ,canvas,and other programs that help educate students “stated Dr . Gwaltney she felt students get over amount of work and for them not to have a computer / WiFi for it to help them out wasn’t fair .she didn’t want students to just depend on doing work on Chromebooks in school just because they don’t have laptops nor WiFi  “I just want to create a great experience for my children “. Mr Miller (the co founder of E2D )had a sit down with the students about how it all came together , his daughter (at the time was 12 years old ) said” its not fair that some students don’t get to do their  work because they don’t have the availability to get on the internet without WiFi nor a laptop .” The first distribution was then made in 2013 , the goal was to get the computer to work ,when the computer works the student wants to learn ,and when the student learns they get a degree . The last person interviewed was superintendent Dr. Clayton Wilcox who basically was just like everyone else.. just glad to be there ! He feels like its a great opportunity for the students  “This will benefit students very well , its going to be game changing for students inside as well as outside of school .

The students at Garinger High School wear different fashion everyday. One of the hot trends this season that students are wearing this season is jogging and sweat  pants.  Also, ripped jeans have been coming back in fashion for the past couple years and overalls are coming back since last year. Jean jackets are here at Garinger High School.  I have noticed people with different colored hair like purple, red, half pink and half blue, blue, pink.

Trinity working the jean overalls with the Converse.